The Internationaal Literatuur Bureau (ILB) is surrounded by famous Dutch sights such as the ‘Old Church’ and the ’National Monument’. The agency is located right in the city center of Amsterdam amongst beautiful canals on the Oudezijds Voorburgwal 129. ILB likes to be exactly where the action is taking place because this best fits its way of working. At ILB, it is all about ‘communication’. This has been the same for over 60 years. Personal contact with Dutch and foreign publishers is our trademark.

ILB is a family owned company. Linda Kohn is in charge. The agency has been founded in 1951 by Hein Kohn who fled from Nazi-Germany. Because of the family history, the German market is still of great importance to ILB.

It’s the company philosophy to keep its contacts as personal as possible. Through the years, it has been proven that ILB is very capable in doing this. In the current digital age, such aspect is more important than ever.

The literary agency Internationaal Literatuur Bureau has been founded by Hein Kohn. In 1933, the Jewish Hein left Nazi Germany. After the Second World War, Hein started his agency in the Netherlands, Hilversum. He was well connected with many well-known authors such as Thomas Mann, Bertolt Brecht and Peter Suhrkamp. This way, Hein Kohn re-introduced German literature in the Netherlands.

In the seventies, his son Menno took over the agency. He mainly focused on ‘new’ markets like the USA, the UK and South-America. Menno introduced authors like Jorge Luis Borges, Julio Cortázar, John Fowles en Stephen King to the Netherlands.

In 2003, Linda Kohn succeeded Menno and moved the agency from Hilversum to Amsterdam. Amongst others, she introduced Linda’s Literary Lunch. She professionalized and developed the family business.

Why do you need Linda Kohn?

Communication is more than information .

The Internet offers a big range of information, but quantity is not the same as quality.  Specific information/communication and a flexible approach of the needs of the different markets is of big importance. Knowledge of the market is key because the various international literary markets can be very different. The Dutch and German book markets for example, differ quite a lot.

Because of all the long relationships, ILB has a refined feeling for these literary differences.   ILB is well connected and capable to join new developments. By talking and listening to the Dutch publishers, ILB knows exactly which new books or projects it can offer them. 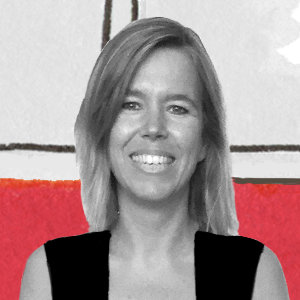 Linda Kohn, head of the agency, studied Public Relations at the Academy for Journalism in Tilburg. After that she got her PhD. Information Science at the University of Amsterdam. She worked as content-manager for the website ElmarReizen.nl. and was editorial assistant at publishing house Gottmer. In 2003 she took over the business from her father. Communication is Linda’s favourite word.